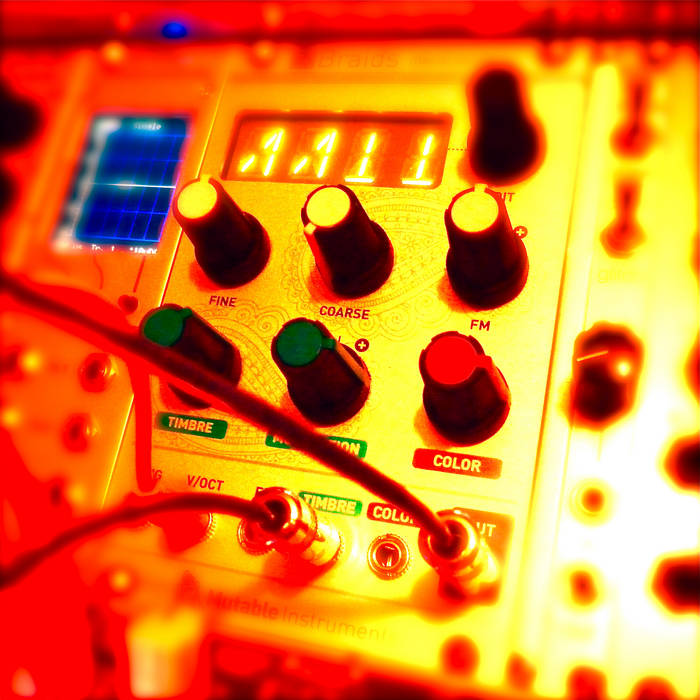 Well here's a little patch that I came up with whilst experimenting with the Mutable Instruments Braids oscillator - combined with the Pittsburgh Modular Filter and the WMD Multimode VCA.

As the Pittsburgh Filter doesn't have any way of controlling the balance between Lowpass and Highpass when in LP-HP mode (which essentially creates a Notch Filter) I initially wanted to see how it sounded when I fed the LP and HP into the WMD Multimode VCA (MMVCA) , using a CV source to crossfade between the two channels. It worked pretty damn well actually, and you can adjust the amount of crossfade so that it is either a complete fade between them, or just a subtle shifting of balance.

Whilst setting this up, using a Livewire Vulcan Modulator LFO to control the crossfade, I then decided to use the same LFO to sweep the Filter's cutoff up and down, so that it didn't make the sound disappear so much when going between the two filter modes (as it sweeps to the Lowpass the cutoff goes up, and down when it fades to the HP - which worked out well). Next I used a second Vulcan LFO to sweep the Resonance of the FIlter up and down at a different rate. As the FIlter was fed into the MMVCA, I could use the in-built saturation of the VCA to rein in any excessive resonant peaks by driving them into more of a "distorted 303" kind of tone.

Then I turned my attention to Braids, using a slow Maths LFO to sweep the Color up and down, whilst also switching it over to controlling the Timbre. Initially I started out with a different mode on Braids, but when I switched to the "/|/|_|_|_" mode it really came to life, sounding almost like a granular synthesizer at points. Lord only knows what was going on half the time, but it sounded so cool I just HAD to record it! The manual describes the mode as this: "This model generates a sawtooth waveform, and sends it into a comb filter (tuned delay line). The frequency of the delay line tracks the frequency of the sawtooth oscillator, with a transposition controlled by the TIMBRE knob. COLOR selects the feedback amount and polarity: at 12 o’clock, no feedback is applied. From 12 o’clock to 5 o’clock, positive feedback is increasingly applied. From 12 o’clock to 7 o’clock, negative feedback is progressively applied." Whatever it is, it sounds mental.

No effects used, as I wanted to show the modules off without too much processing.